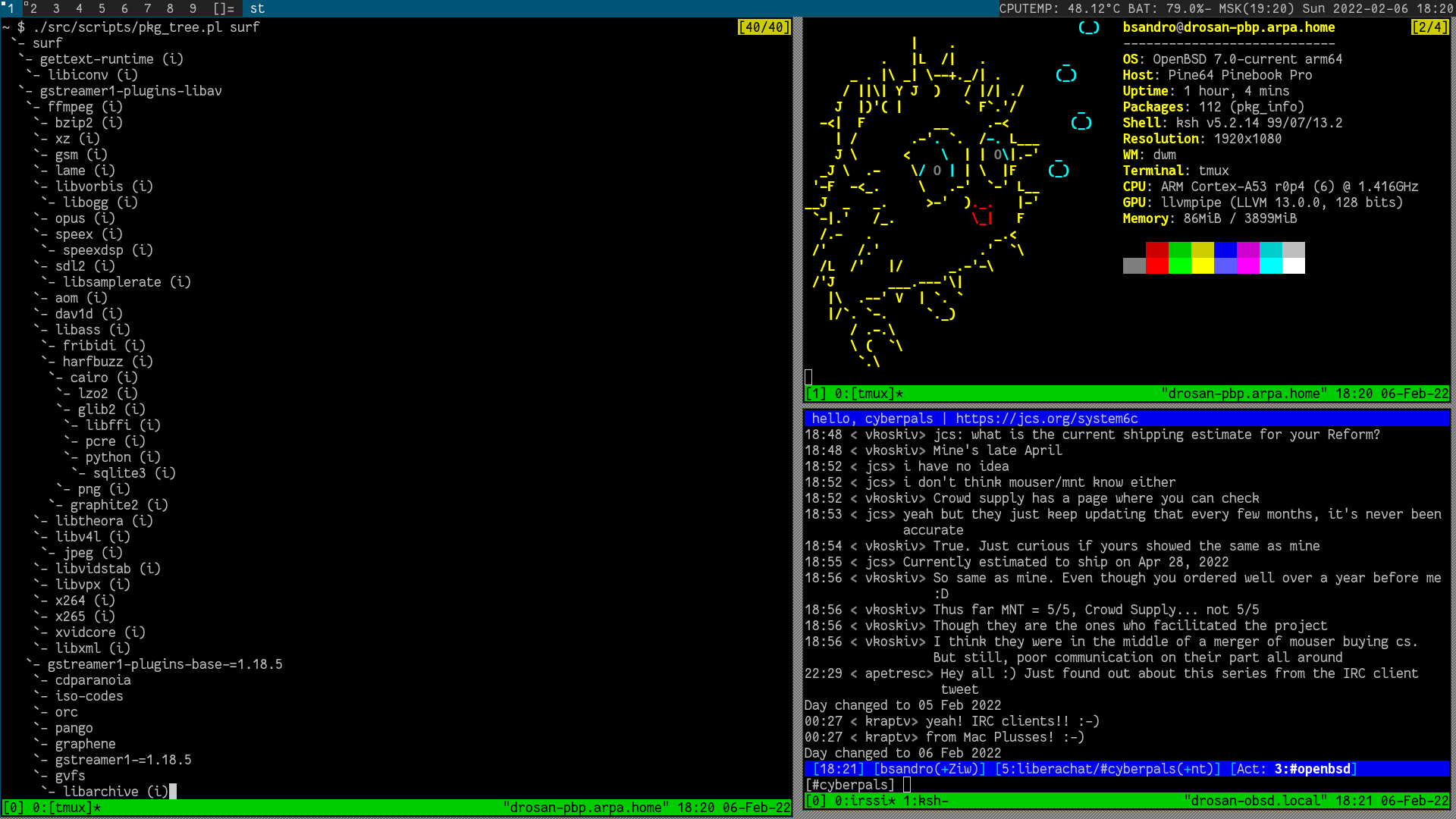 Notes: One of the best laptops I’ve used so far - Pinebook Pro. Everything important works out of the box. I have irssi launched on one permanently turned on machine, raspberry pi 400, that rocks OpenBSD installed on proper external hard drive. Script shown (bsandro.tech/git/scripts) is written in perl, works on stock OpenBSD without any additional packages itself whatsoever. Logic is slightly flawed because dependency calculation might be somewhat convoluted but I didn’t want depend on sqlports for whatever reason.